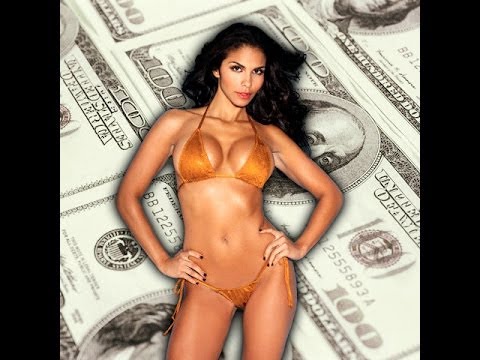 I recently had a conversation with a male friend about two subsets of women: “rich girls” and “gold diggers.” The conversation centered on why the former seem to morph into the latter, and why he fears this prototype of woman.

He thinks of “rich girls” as “going to expensive schools, feeling entitled, and thinking everyone cares about what they have to say.”

To put the conversation in context, I will say this guy has done well financially and is rightly very private and suspicious of the women who come into his life. “Tangible” does not begin to describe his level of disgust towards girls who expect their boyfriends and husbands to pick up where daddy left off.

This discussion interested me for several reasons. First, money is a sensitive subject, whether you’re talking about a little or a lot. Second, this man made all his money himself — he didn’t inherit it. Third, I’ve seen wealthy men struggle with being both generous and wanting, naturally, to protect themselves. They fear being financially and emotionally bankrupted by women who see them as human debit cards.

Overall, the conversation forced me to understand why these men are at best wary of women, and at worst harbor resentment against them. In their view, these girls are good at two things: spending money during the relationship, and emptying the guy’s pockets at the relationship’s demise. Women rarely think about this from the man’s perspective, especially if the man was the one who “ruined things.”

Full disclosure — I had a privileged upbringing, which technically makes me a “rich girl.” But I did not grow up and expect that lifestyle without my own paycheck. I don’t think many men consider this possibility.

In my experience, there are two types of “rich girls”: ones who become gold diggers and don’t have jobs, real friends, or passions, and ones whose privileged upbringings were contingent upon performance (school, work) and respect for the people providing that lifestyle.

Unfortunately, it’s not always easy to distinguish between these two types of “rich girls.” There are many external similarities. For example, when I met the above guy, I was at a club (gold digger paradise), suffering through a comically horrible evening. Some doofus who keeps his own espresso machine in the back had just offered me a shot (of coffee) because, as he put it, “I don’t do coke and need to stay awake.”

Really, I couldn’t fantasize a worse human being if I tried.

The thing is, the guy who inspired this blog had no way of knowing I was any different than the other “rich girls” there, pawing at men for drinks or swiping their dad’s credit card at the bar. How could he? I looked the same as every girl there, and we did not discuss the fact that I’d been living on Subway for a week. He probably assumed I’d just come from some $300 dinner paid for by someone else. How would he know I enjoy the independence that comes with supporting myself?

Conversely, I had no idea he had any money. Hopefully he won’t take offense to this, but he kind of looks homeless. And by the way, him being at an expensive club wasn’t any tip-off to a gigantic bank account. Lots of “hanger-on” guys roam from club to club leeching off other people, so for all I knew, he was operating on an all-cash basis… of a five-dollar bill and two quarters. Either way, I didn’t care — he entertained me, and as it turns out, he’s down-to-earth and normal.

It’s not stupid of men to assume all “rich girls” are created equal — our external similarities suggest as much. As any scorned man will attest, gold diggers do exist, and they know where to find and seduce men who will support their lifestyle. For many “rich girls,” looking for a man to pick up where daddy left off is their job.

Unfortunately for people like me, if a man is in “protection mode,” it’s hard to make him think you’re any different. Without going into details of how I was raised, I will say neither of my parents came from “means” and demanded the respect and excellence many “gold diggers” lack. But while getting to know anyone, how often do these un-fun topics come up? Pretty much never.

Here’s the bottom line — I am attracted to men who are driven, motivated, and hard-working because that’s what I strive for in my own life. I’m not after anyone’s money. For me, it’s about awareness and appreciation of the hard work that generated the money. I remember Katie Couric once saying she didn’t care if her next boyfriend was the best math teacher or the best CEO — as long as he strove to be the best at something and understood the value of hard work and achieving goals. That is exactly how I feel.

Compare this with a gold digger, who starts out sweet and unassuming. As trust grows, she begins using tactics that worked on her dad, her previous boyfriends, her teachers — the cute smile; the “Please…?” I don’t think a man realizes this is happening until it’s too late, when she’s got his credit cards and any appreciation has turned to entitlement.

This is why I sometimes feel my praise of a man’s hard work or success appears insincere. I worry that after being burned, he thinks I’m trying to gauge his net worth, “lock in” a future of vacation homes and “social climb” to the top by means of him… which, by the way, is my idea of hell. I haven’t worked this hard in my life to feel like I’m playing “catch-up” to the “talented one.” I would be disappointed in myself if I ended up in a relationship like that.

In addition, I worry about maintaining independence while “letting the man be a man.” If I offer to pay for anything, I worry I’ve emasculated the guy, which is the last thing I want to do. This, in turn, makes me wonder if I should stop offering. But then I worry: Will he think I’m a “gold digger”?

For these reasons, I am uncomfortable with a man paying for anything beyond “normal dating things,” and do not think men should be paying for a girl’s rent, cell phone, gym membership, highlights, clothes, whatever. If he really wants to do something nice, he can buy her a damn bench at the Lincoln Park Zoo…. That lasts forever!

This has nothing to do with feminism. On the contrary, I love being girly and wouldn’t even consider dating someone unless I was sure he could protect me from a mugger and knew how to use a grill. No, it’s definitely not a feminism thing — it’s a passion thing. It transcends gender and is what separates “gold-digging rich girls” from “hardworking, happen-to-be-rich-girls.” Gold diggers are attracted to these men because of what they can provide; hardworking “rich girls” are attracted to these men because of what they’ve accomplished.

Men have every right to be cautious, and while it’s a shame they sometimes don’t see the difference, I do appreciate the suspicion. Anyone afraid of gold diggers must be looking for something more than just “arm candy” in a relationship — a generous girl with a good heart, someone who would stick around if all the money and fun disappeared. So, while there’s no surefire way to sniff out a gold digger before she becomes a greedy ex-wife, I do know this: If she doesn’t complain when you take her to Subway (clearly my favorite!) for a date, she’s probably a keeper!