The unexpected story of a rock star and his passion for tweed.

In a place like England, where there’s reverence for everything from the unrestrained pageantry of a royal wedding to the simple ritual of afternoon tea, a threat to tradition can seem like a threat to the Commonwealth itself. That’s why there’s such significance to the story of how one heritage British clothier came to be saved from the metaphorical wrecking ball. It’s an all too familiar tale of a mom-and-pop treasure finding itself on the brink—with a rather unexpected hero.

Originally founded as a hunting outfitter and waterproofing service, Cordings first opened its doors in 1839 on a stretch of London known as the Strand. (For some historical context, this was just a year after the coronation of Queen Victoria and 20 years prior to the publication of Charles Darwin’s groundbreaking work, On the Origin of Species.) After establishing itself as a premier stockist of boots and outerwear, the firm relocated in 1877 to 19 Piccadilly, where it stands to this day.

Cordings’ storefront circa 1906 and today.

For decades, Cordings thrived as a family business, earning a royal warrant from King George V and shodding the Duke of Windsor (and the equally stylish Wallis Simpson) in its riding boots. It was the go-to spot for shooting breeks, plus fours, and other curiosities essential for a real deal English shooting weekend. But a lot’s changed since the Duke’s day and in 2003, Cordings began to struggle, having passed through a succession of different proprietors, none of whom seemed committed to its survival. The once flourishing business came perilously close to a fate even worse than closure. As Hillary Becque, marketing director of Cordings explains: “It was in danger of being sold as a minor ‘brand’ in a larger organization, which would have almost certainly have meant it lost its uniqueness.”

That’s when Noll Uloth, Cordings’s managing director, realized that one legend might be able to save another.

As it happens, 18-time Grammy-winner, self-described “working-class country boy” and fashion enthusiast Eric Clapton had become a regular Cordings customer, having first discovered the retailer as a teenager, peering in the store’s windows while roaming around London late at night. Years later, as a fully-formed rock star, Clapton again found himself peering into those same windows—this time, mesmerized by a suit on display. Ducking in to try it on, Clapton entered the dressing room as a fan and walked out as an unofficial press agent. 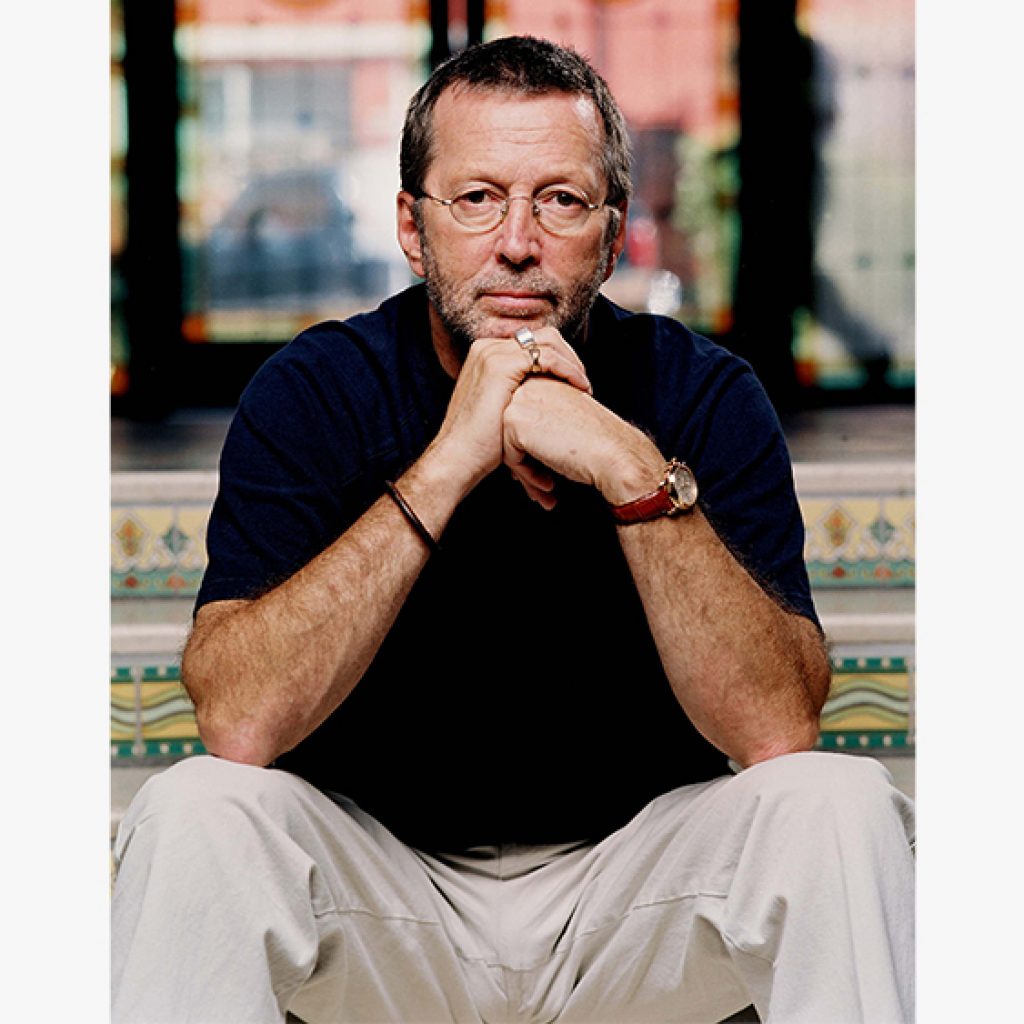 It was a fateful encounter not lost on Uloth. “At that time, Mr. Clapton was coming into the store nearly every day. He had just rediscovered Cordings and was really enthusiastic about the collection, especially the tweed suits and shirts. There was an obvious synergy there. I felt we needed a partner with a knowledge of country clothing, who would understand the uniqueness of the brand. I asked him for 15 minutes of his time for me to ‘pitch’ to him. In fact, I only spoke for about two minutes before he said yes!” It was two minutes well spent—the rocker not only became a 50 percent owner (Uloth owns the other 50), he signed on as Cordings’ design director as well.

And thus, thanks to Clapton’s eye for pedigreed tweed, the legendary country clothier was saved. Even more, it has thrived in the years since and even opened a second location. As Becque acknowledges, the musician’s involvement was an undeniable boost, but she says that’s not the only reason for the store’s return to popularity. “I also think there is a move these days towards ‘slow fashion’ and buying clothing that will last and has provenance. I think the overarching characteristic with our customers is that they are looking for quality, timeless style and a certain integrity.” 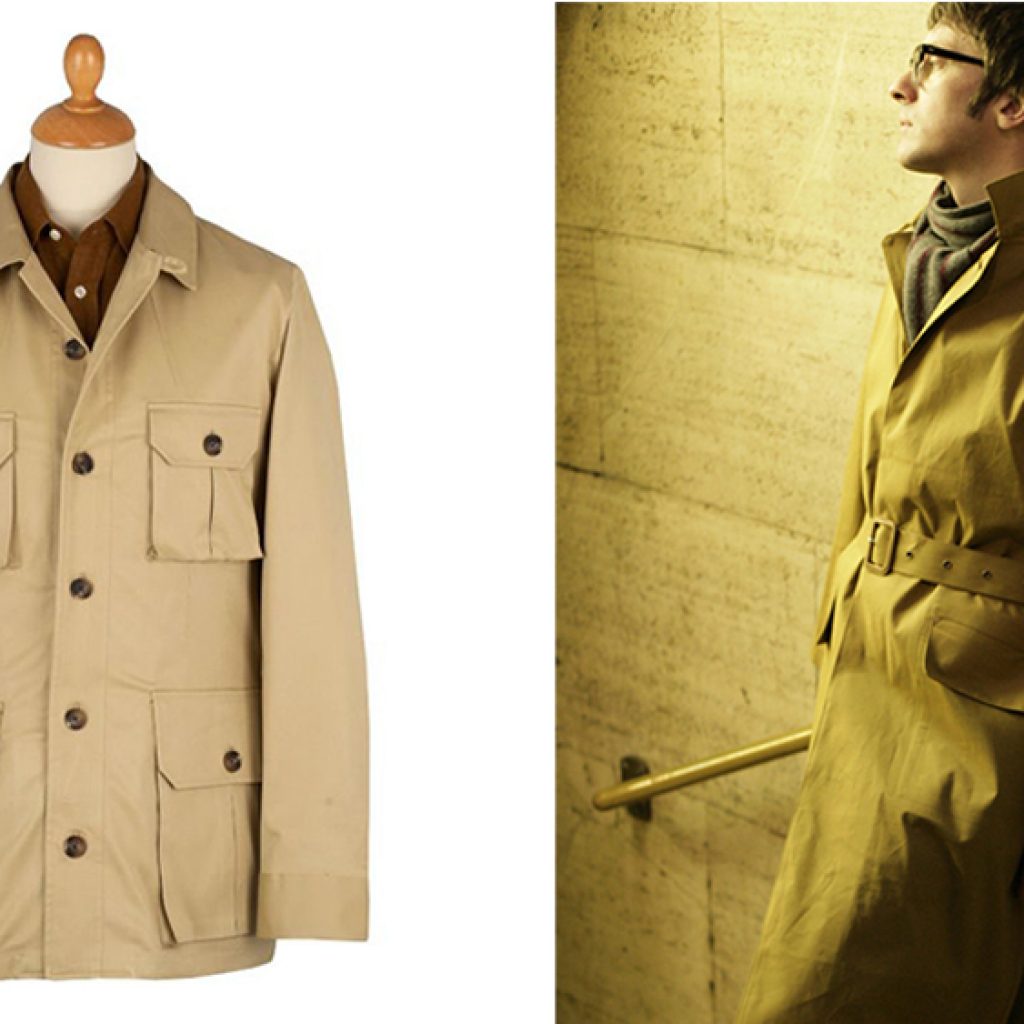 Although in interviews, Clapton claims selfishness rather than benevolence as his main motivation, in rescuing Cordings he has saved more than just a store. He has preserved the leg straps sewn into the sides of a mackintosh raincoat, to keep it from flapping around while its wearer rides on horseback. He has saved the small, extra button on an action back shooting jacket, which keeps the pocket open for easy access to cartridges. He has saved the inconspicuous rows of stitching on the cuffs of a covert coat, remnants from the days when aggressive shooters would frequently have their tailors repair tattered cuffs. The stitching, like military stripes, is a proud marker of accomplishment.

The invaluable role of Cordings, as Clapton recognized, is much more than just a purveyor of hunting wares—it is a steadfast bastion of British heritage. Let Burberry and Belstaff have their influencers and fannypacks; Cordings is carrying a torch for English fashion’s roots. Appearing much the same today as it always has, the Piccadilly store caters to loyal patrons and new customers alike, the latter often curious about the storied jacket that so enraptured the musician (before you ask, it’s the Firley herringbone tweed jacket). Modern retailers like Uniqlo, Lululemon, Zara, and the rest may abound just up the road, but Cordings stands sturdy and firm, like a stalwart monarch, sure to outlive them all.

Written By
Sky
More from Sky
Based in Zurich, Switzerland, Rosan Diamond is a company that made a...
Read More