The next time you complain about a $7 Diet Coke in a restaurant or the dreaded $25 Caesar salad, consider this—it could be much worse. It’s not just that some restaurants create outrageous dishes to get attention (like a $1,000 ice cream sundae or a $666 “Douche Burger”), it’s that there are now countless prix fixe menus around the world that require a second mortgage. Regardless of how otherworldly these meals are, here are some bills you’re likely to choke on.

Opened in 2014 by Michelin-starred chef Paco Roncero, Sublimotion is located in the Hard Rock Hotel in Ibiza and costs a staggering €1700 (or a little more than $1,800) per person for the gastronomic privilege of dining there. (The price has actually fallen back to earth in the last couple years thanks to the strength of the dollar.) Each seating at Sublimotion—or “show” as they call it—accommodates 12 diners and features one tasting menu of about 15-20 courses. And it’s a feast for the senses—combining food, art, and technology during a meal that takes approximately three hours. Stratospheric cost aside, the reviews have been quite good. 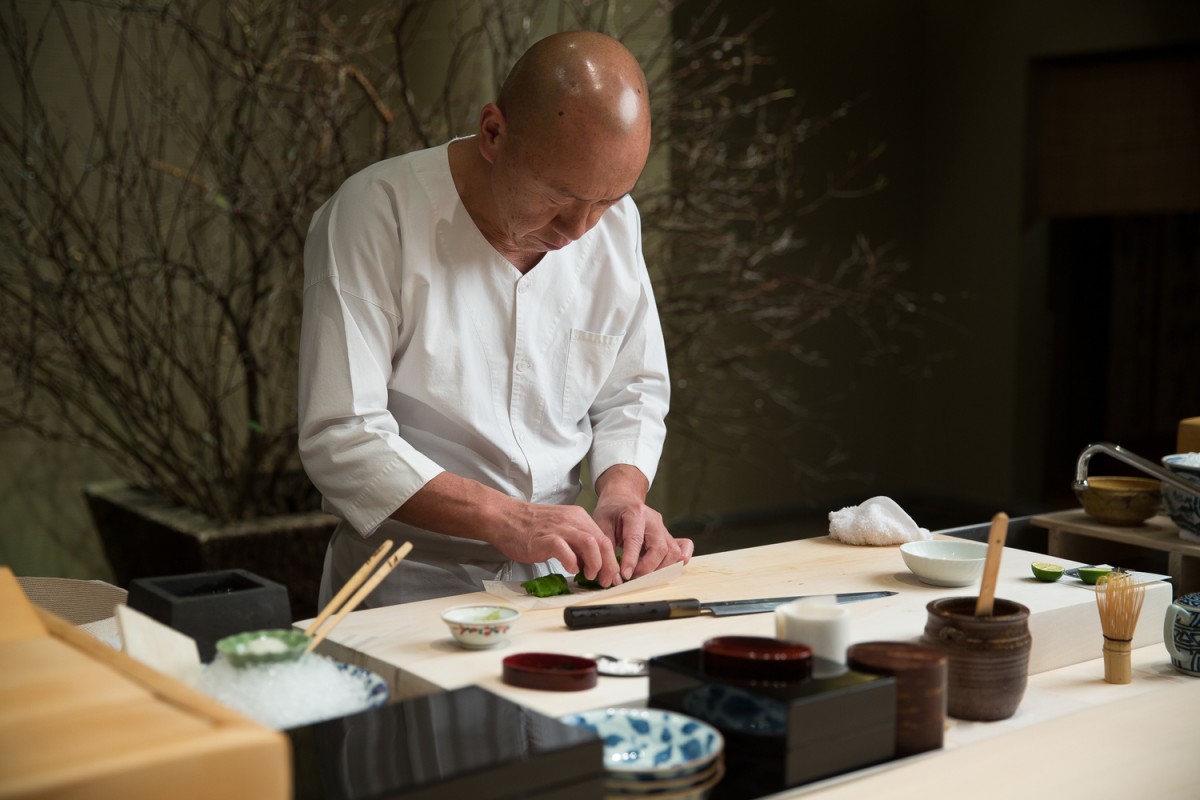 In 2011, when Masa was a mere $450 per person, New York Times restaurant critic Sam Sifton famously asked: “Is it worth it?” (Not exactly, he concluded.) Five years later, the prix fixe menu at chef Masa Tamayaka’s high temple of sushi is now a savory $595 per person—not including drinks and tax. About the only upside to the high price of dinner is that starting March 1, Masa no longer accepts gratuities. 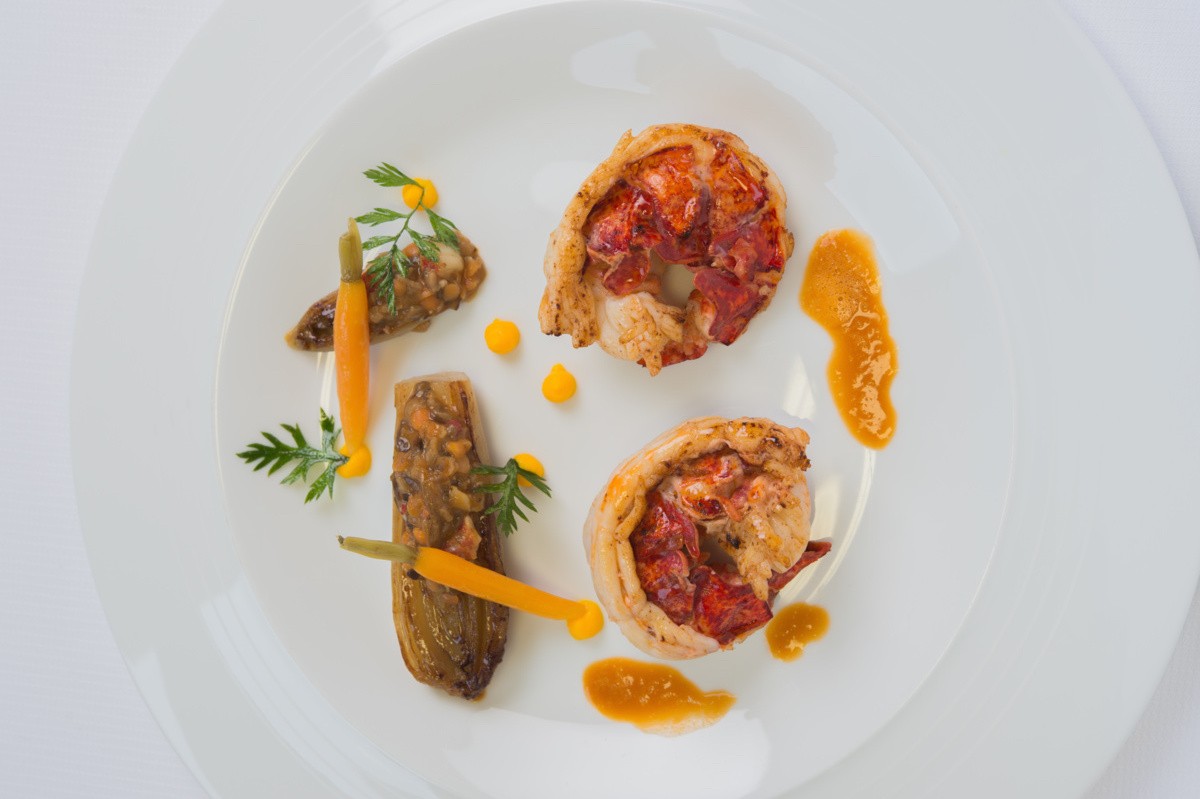 When a three-Michelin-starred chef names his restaurant Monnaie de Paris (after the French mint that’s now its home), you know it’s going to cost you bank. In 2015, Guy Savoy moved his signature Parisian restaurant to the iconic 18th century building in the 6th Arrondissement—with windows overlooking the Louvre and the Pont Neuf. And while diners can go a la carte and spend about $250 a person for dinner, that’s not why you go to a three-star restaurant, is it? The restaurant offers several prix fixe options, but the ne plus ultra is an 18-course “Innovations and Inspirations” menu that includes roasted lobster and artichoke soup with black truffle. The cost? €490 (or around $525). But for those who want to spend a little less, Restaurant Guy Savoy at Caesars Palace offers an Innovation-Inspiration menu for $375 that comes with a view of the Eiffel Tower—on the Las Vegas Strip. 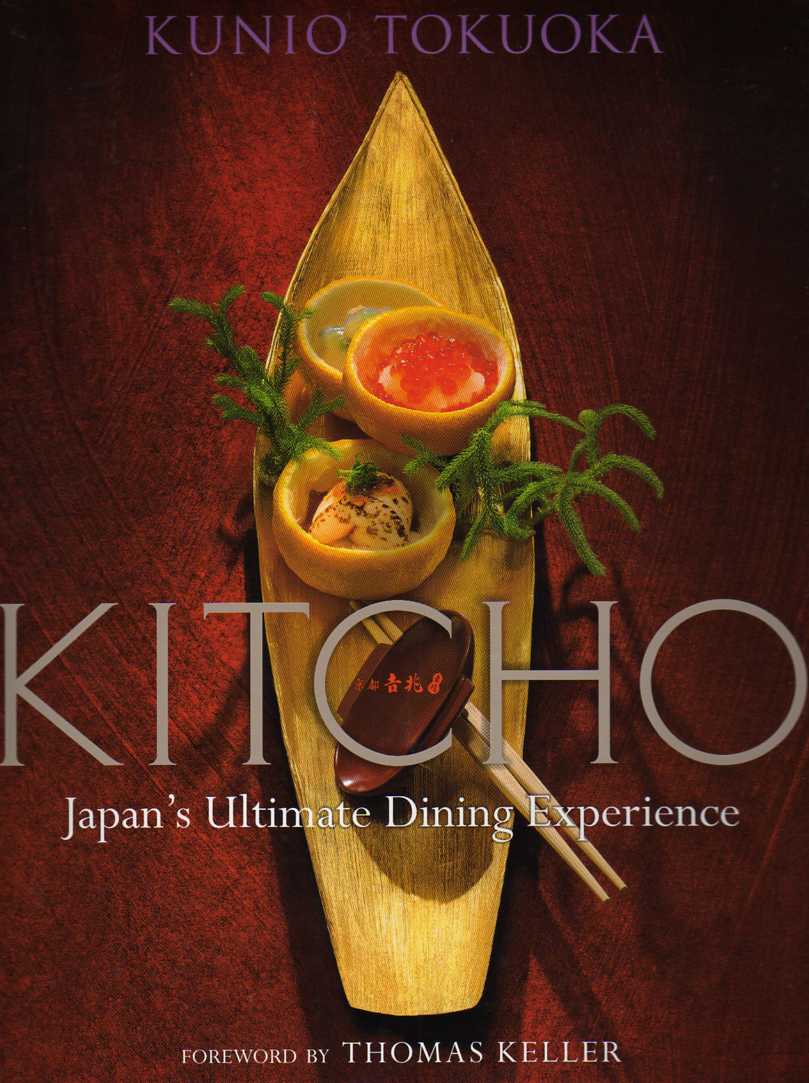 Chef Kunio Tokuoka helms the Kyoto outpost of Kitcho (known as Arashiyama) as part of his birthright—both his father and grandfather were the chefs here before him. There are several prix fixe menus to choose from, but the most expensive is 54,000 yen (or $475) a person. It’s at least a 10-course meal, including two separate sashimi sections as well as grilled and steamed courses. And for those who are even more adventurous eaters, Kitcho has an omakase that is market priced, no doubt higher. 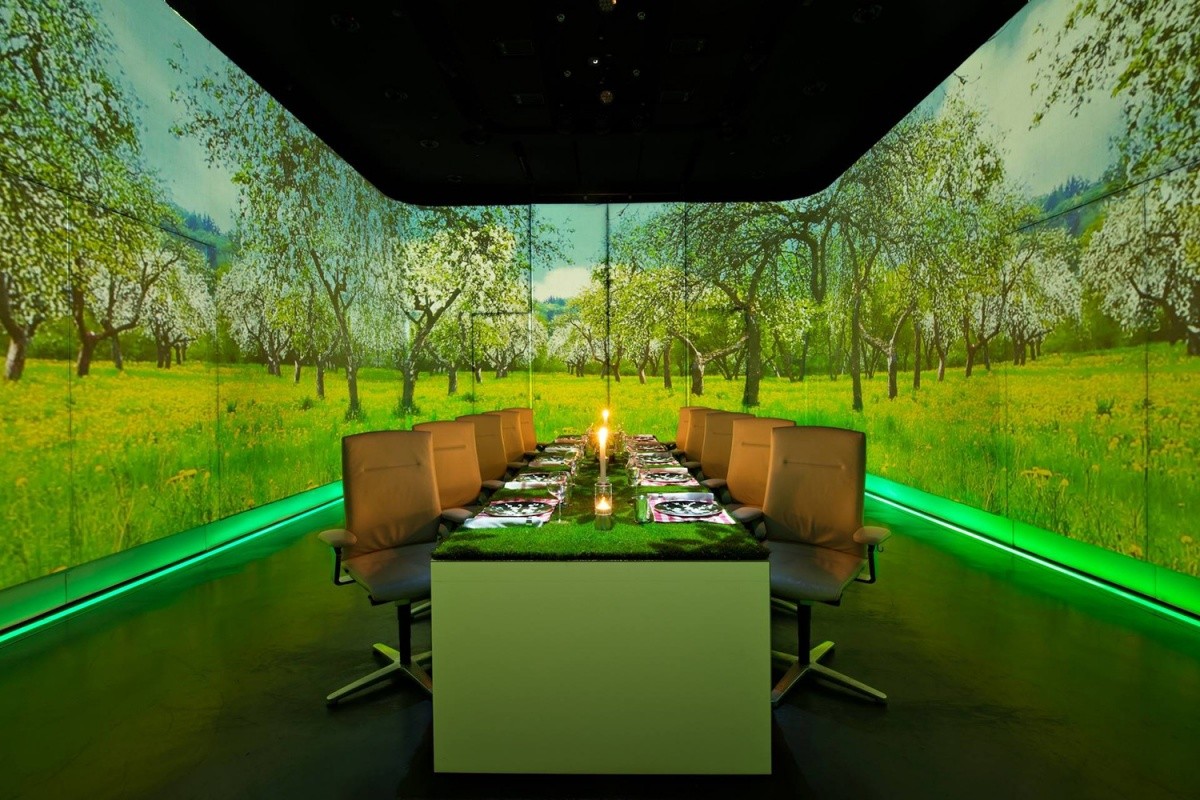 Diners and philosophers can debate chicken vs. egg all they want, but this much is certain—long before there was Sublimotion in Ibiza, there was Ultraviolet in Shanghai. Created by French chef Paul Pairet in 2012 (from a concept he had been working on since 1996), Ultraviolet is a multi-sensory dining experience that includes a light show, course-themed music, and diners’ names projected on the table. (All of which is served up at Sublimotion.) The main difference between the two restaurants, which both offer 20-course meals, is that Ultraviolet’s prix fixe costs considerably less—3000 RMB per person (or about $450). 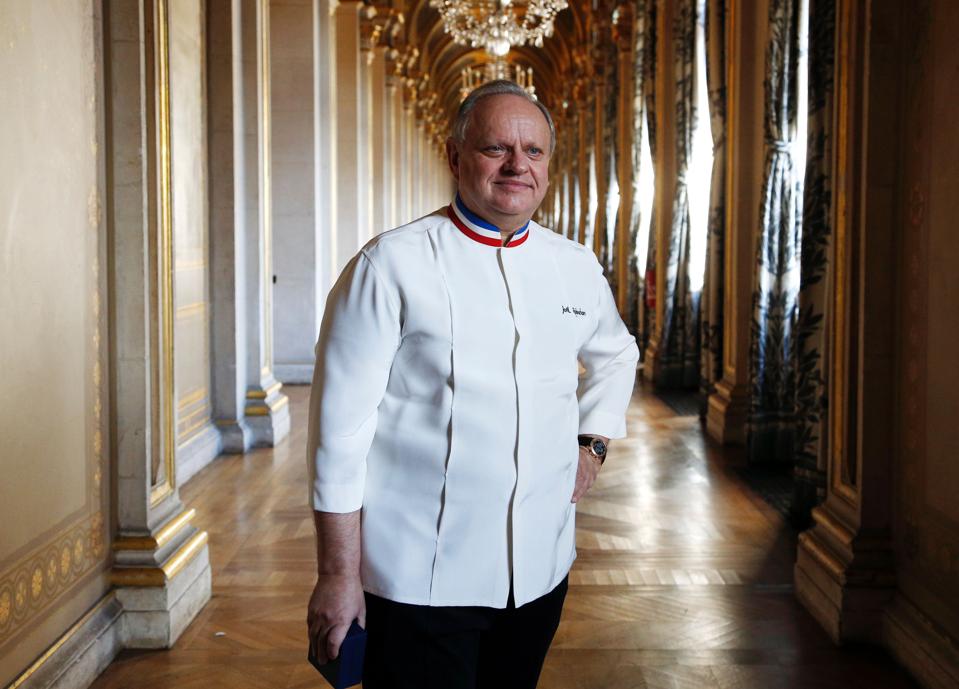 Las Vegas doesn’t exactly shy away from excess so $425  for the Degustation Menu at Joël Robuchon at the MGM Grand isn’t particularly shocking. For that price, diners have their choice of many small plates—including caramelized quail, seared duck foie gras and sweetbread. And let’s face it,  a few good hands of blackjack can pay for dinner. 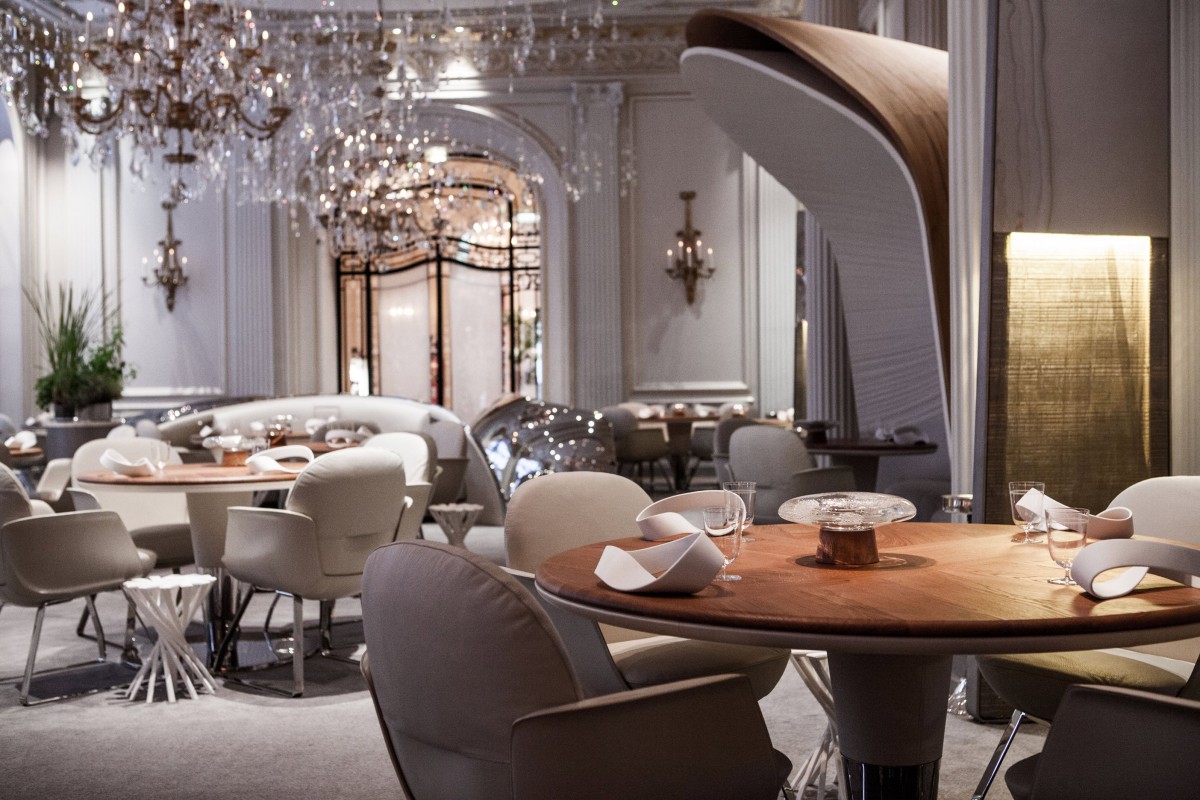 In February, Alain Ducasse reclaimed the coveted three Michelin stars for his restaurant at the Plaza Athénée in Paris, which reopened in 2014. But fine dining comes with a price. The prix fixe “Jardin-Marin” menu—which includes three half-courses, cheese and dessert, but not drinks—costs €390 (or about $425). Ducasse’s restaurant at Le Meurice in Paris offers its own pre-fixe for the same amount. And for those on a budget, both restaurants offer a set lunch menu for a moins cher $225. 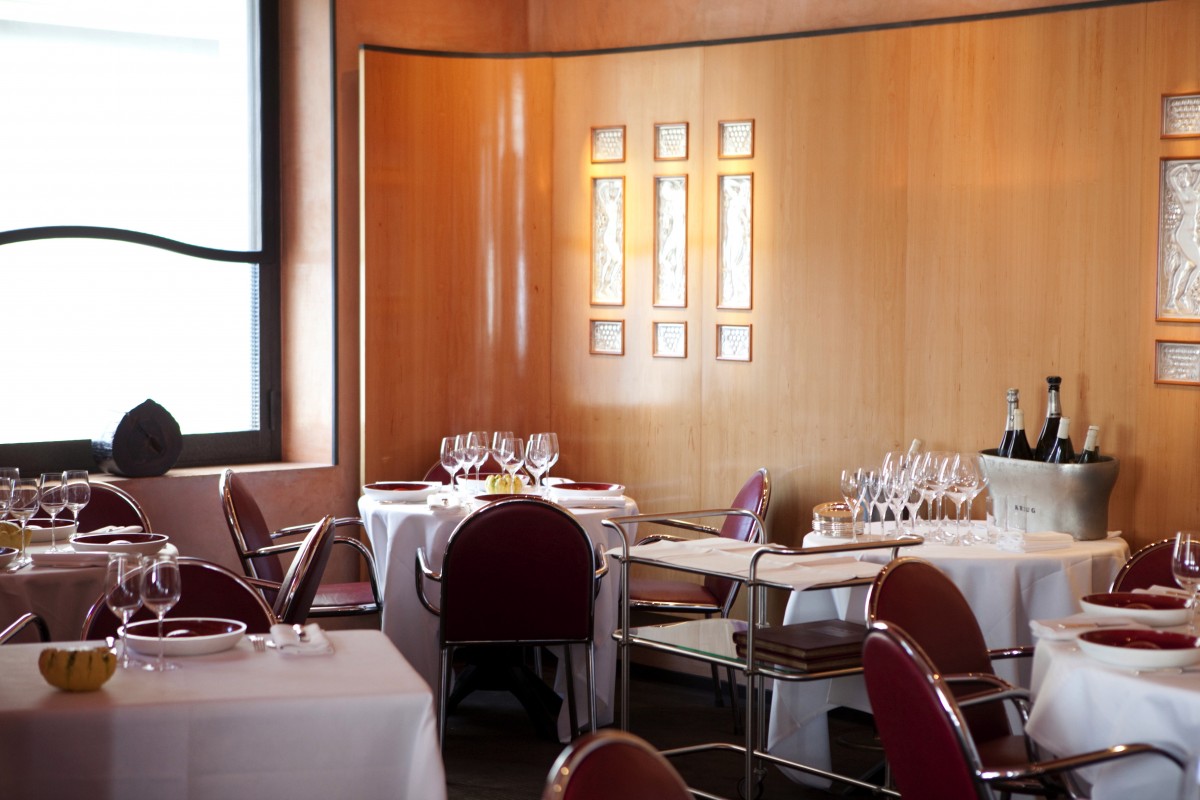 Chef Alain Passard first received three Michelin stars in 1996 for L’Arpège in Paris’ 7th Arrondissement. Twenty years later, Michelin is still worthy of three stars in the Michelin galaxy. Passard’s prix Degustation Menu—which includes the restaurant’s legendary “hot-cold egg”—runs  €370 (or $400). But for those who want to sample the vegetarian prix fixe, for which Passard is also renowned, the price is a more down-to-earth $315. 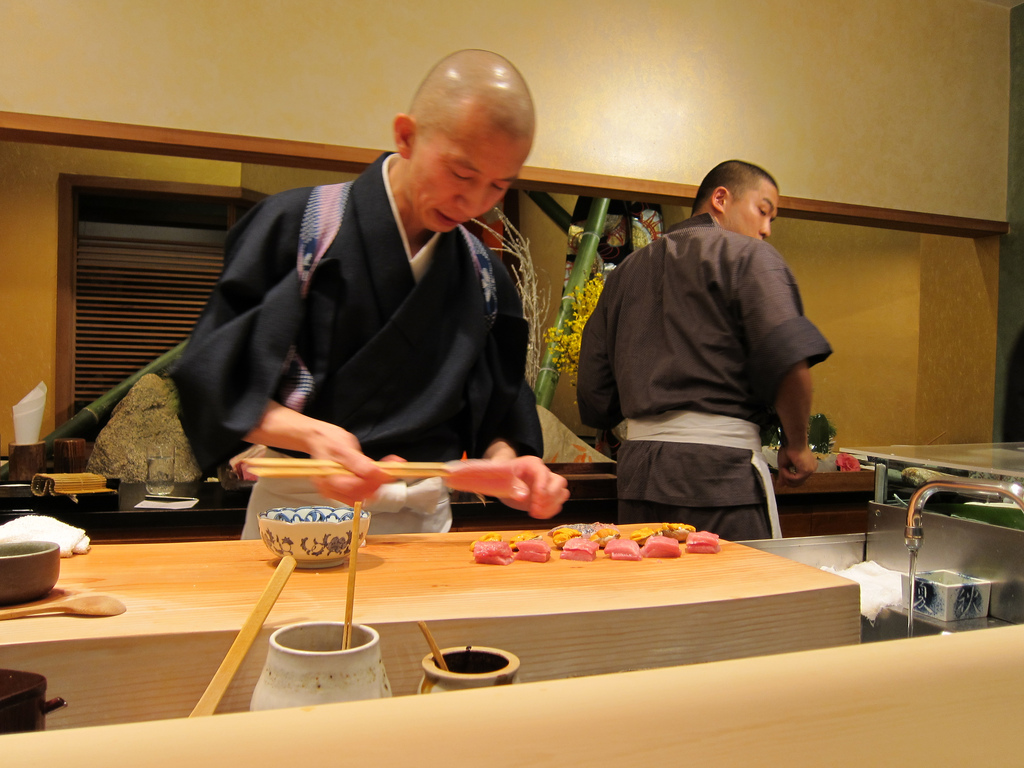 Considering that chef Hiro Urasawa trained under Masa Tamayaka, it’s no wonder his eponymous Los Angeles restaurant is considered the West Coast version of New York’s Masa. But while Masa charges $595 for its lavish omakase, Urasawa costs a mere $395 (drinks not included) for its 30-course version. And getting a reservation may not be easy—the Rodeo Drive restaurant only has 10 seats. 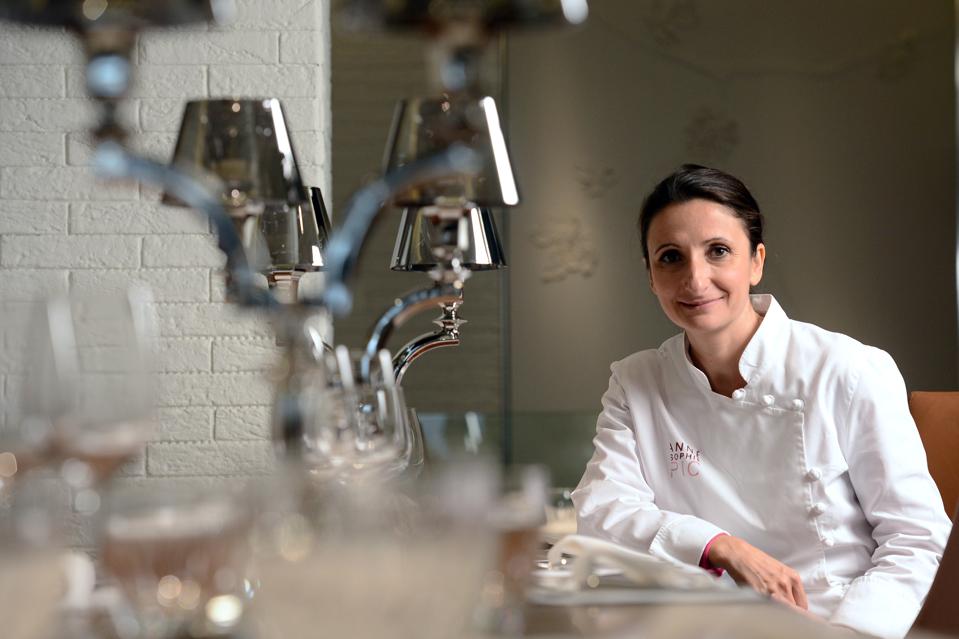 In 2007, Anne-Sophie Pic became only the fourth woman in the world to earn three Michelin stars for her cooking at Maison Pic in Valence, France. Although she has no formal training, the 46-year-old Pic comes from a legendary line of chefs—both her father, Jacques, and grandfather, André, earned three stars for Maison Pic. Such culinary pedigree doesn’t come cheap—a pre-fixe dinner at Maison Pic costs €320 (or $350)—but at least you can make a weekend of it: the restaurant is part of the Relais & Chateau hotel of the same name. 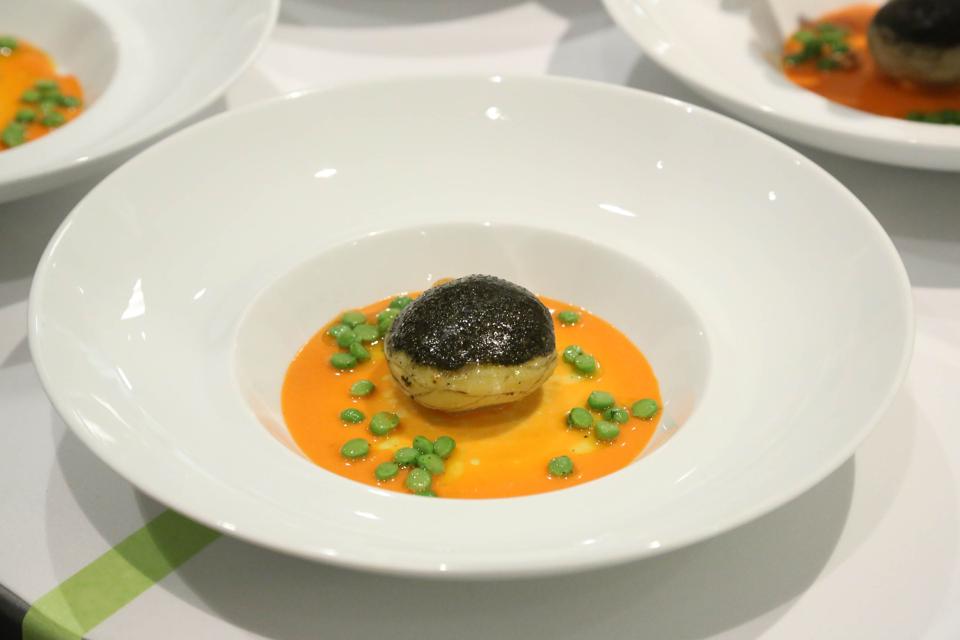 A dish at Per Se. (Photo by Rob Kim/Getty Images for Starwood Preferred Guest)

When Thomas Keller’s Per Se opened in 2004, the price of a nine-course prix fixe dinner was a healthy $150. Today, that number is $325 per person (service included). But according to a wickedly mean New York Times review by Pete Wells earlier this year, it’s not worth the time or money. As Wells wrote, “Per Se is among the worst food deals in New York.” For those who still want to splurge on Keller’s cooking, there is always his French Laundry in Northern California, where the prix fixe only $310. 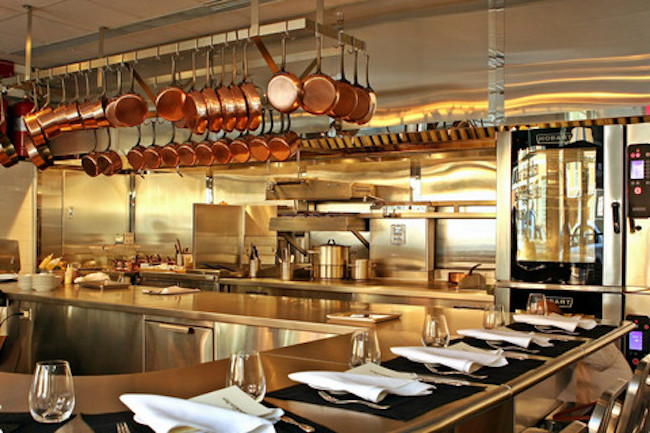 This 18-seat restaurant is one of the hardest tables to book in New York. Why? Being the only three-Michelin-starred restaurant in Brooklyn, for one thing. But mainly it’s chef César Ramirez’ 15-course tasting menu, which changes on a daily basis and is inspired by Japanese and French cuisine. There is also an impressive 3,000-bottle wine cellar. The price for dining there—$306. But at least the restaurant is part of the new no-tipping movement—which means that when you finish dining at Brooklyn Fare you’ll still have subway fare.

0 replies on “The World’s 12 Most Expensive Meals”