The MOBi-One was created by an automotive designer, with an interior for five. The first version of the aircraft will be piloted, while subsequent versions will be autonomous. ASX made other significant choices on its way to designing the MOBi-One, which can fly at speeds of 150 mph, land on vertipads in an owner’s backyard or office rooftop, and essentially cut commute times by a factor of five compared to driving a car. The company also hired noted automotive designer Camilo Pardo, designer of the 2005 and 2006 Ford GT. Pardo gave the MOBi-One the capacity to carry five passengers, or in the freight-hauling version, 1,100 lbs. of cargo. The project also attracted the endorsement of Bob Lutz, the larger-than-life former head of GM, Chrysler and Ford, who is also a lover of airplanes. He sits on the ASX board.

Electric vertical takeoff and landing (eVTOL) aircraft are the hottest components of aviation these days, but one company is using a tilt-wing concept from the 1960s to power its new model. ASX Technologies decided to move in a different direction than eVTOLs from Joby, Hyundai and Archer, which use tilt-rotors—the rotors move in different positions while the wings stay fixed. On its MOBi-One, the whole wings tilt for takeoff/landing and point forward for flight.

The tilt-wing concept has had a long history, according to CEO Jon Rimenalli, noting it was first demonstrated on the XC-142 in the ’60s and is now being used by the U.S. military on the V-22 Osprey. The design allows the MOBi-One to take off and land like a helicopter and fly like an airplane. 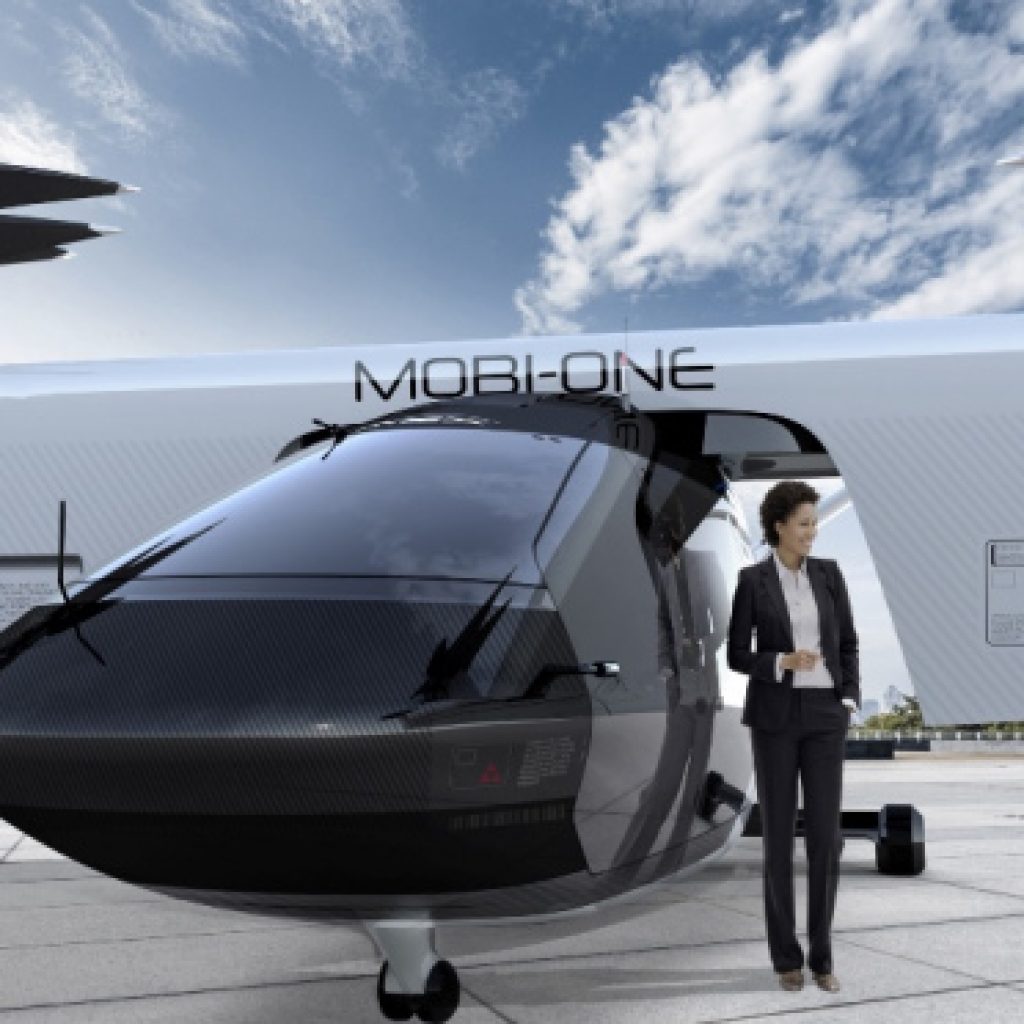 Rimanelli says the MOBi-One’s mile-for-mile commuting costs with a luxury automobile will be comparable, though the aircraft will be five times faster. It will also have a 60-mile range with current battery technology. ASX designers are working on a hybrid solution that will extend that range to 300-plus miles. ASX plans to deliver up to 2,500 aircraft by 2025. It will start with the cargo version in 2023, and begin passenger service a year later.

Written By
Iqbal
More from Iqbal
Going on a luxury holiday is one of the best perks ever...
Read More