Homes are definitely the most cherished possessions of a human being. Partly because they ensure a comfortable life and partly because they’re the main ways to show the social status of their inhabitants. And in our modern and overly competitive world, status is utterly important. Especially for some of the men and women of today’s high society.

While for most people a decent sized house is more than enough, for some, it’s only giant ostentatious mansions that rise to their limitless expectations. And you can bet those expectations come with more money than they can count. But, and we have to be honest here, that doesn’t mean the houses we’re going to be talking about aren’t beautiful, because they are. They’re simply gorgeous.

Beyond their massive size, their style and architecture are something not many of us can dream of. Grand, stylish and full of tech, these are The Top 10 Biggest Houses in The World right now: 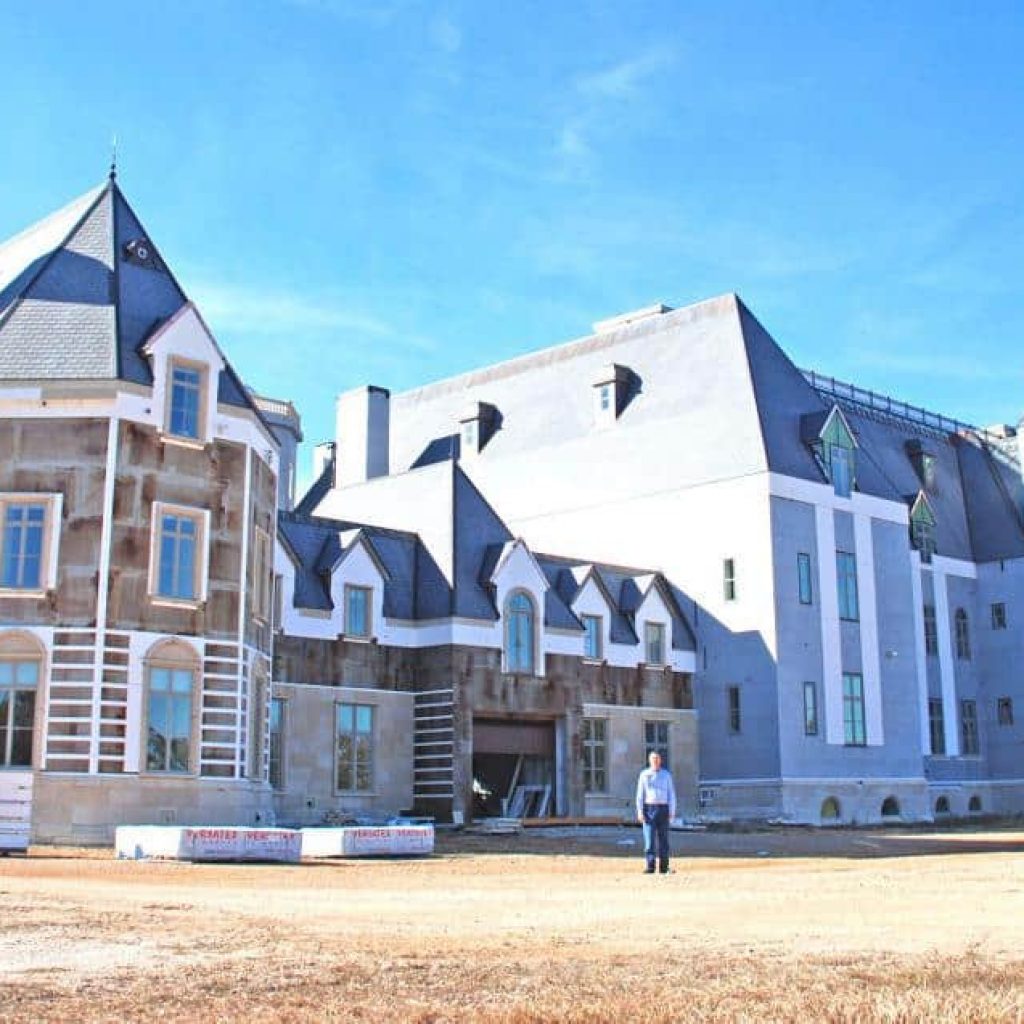 While most people build huge houses to boost their social status or show off with their purchase power and their extravagant tastes in terms of design and aesthetics, this one guy named Steven Huff decided to build one for proving something else. Something a lot more different than most would expect.

Steven Huff is an astrophysicist and former CIA officer and his plans for the huge mansion is to prove that a house can be, oh well… bullet, bomb, earthquake, fire, tornado, hurricane and pretty much everything proof.

The construction works began back in 2008, but its future is still unclear. The latest news are that the owner wants it torn down and rebuilt from scratch because it’s not as strong as he wished it, blaming the construction company for that. 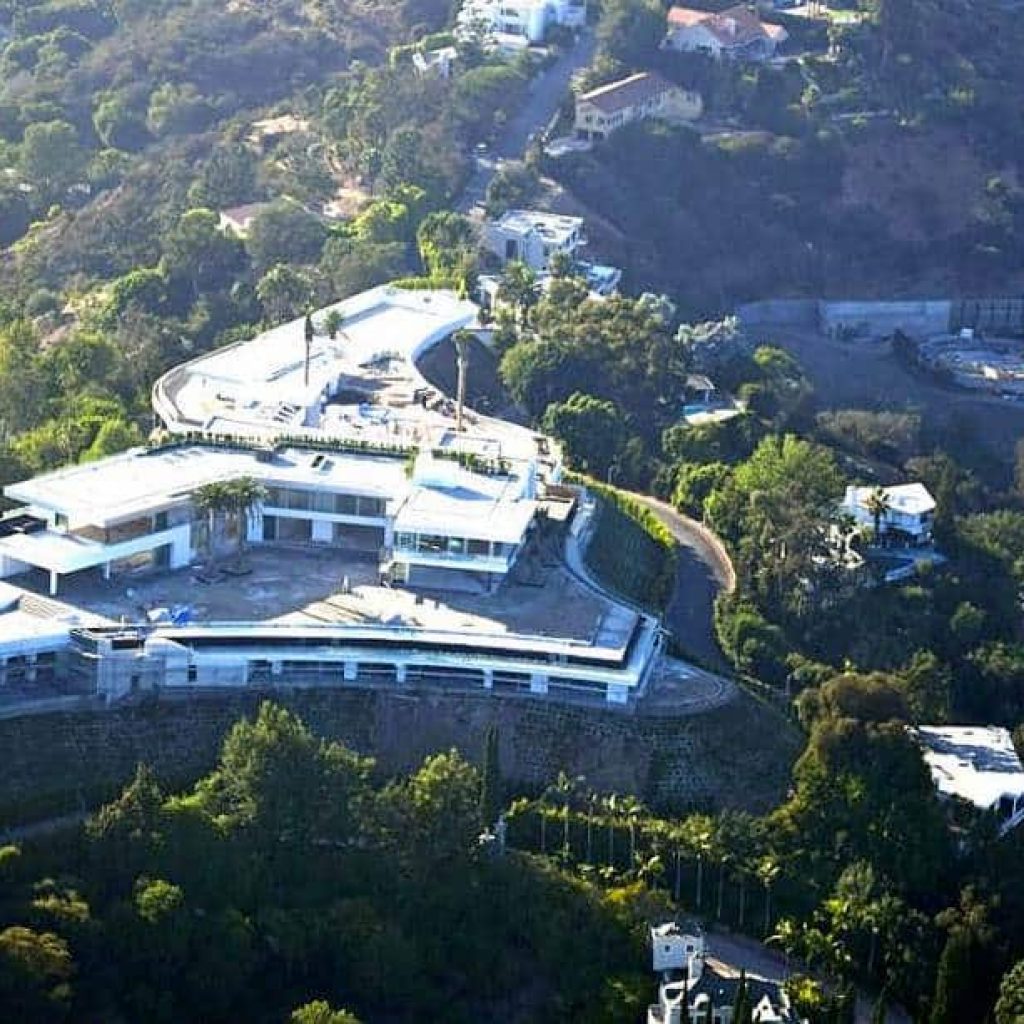 Imagined and built by film producer and real estate developer Nile Niami, the 74,000 sq ft property in Bel Air, California, nicknamed “The One”, will – when finished – be the most expensive house in America. The price of this modern beauty rises to the astounding sum of $500 million.

Too much? Probably. Too large? Depends on who you’re asking. Too ostentatious? Well, the answer is the same, it depends who you’re asking. But what’s certain is that the house will have almost all the amenities you can think of, including – but not limiting to – a 5,000 sq ft master bedroom, an Imax-style theater, four swimming pools, a garage for no less than 30 cars and a 8,500 sq ft night club.

With 20 bedrooms and 30 bathrooms and a specialy designed jellyfish room, The One seems more like a party house used for all kinds of events rather than a true home. 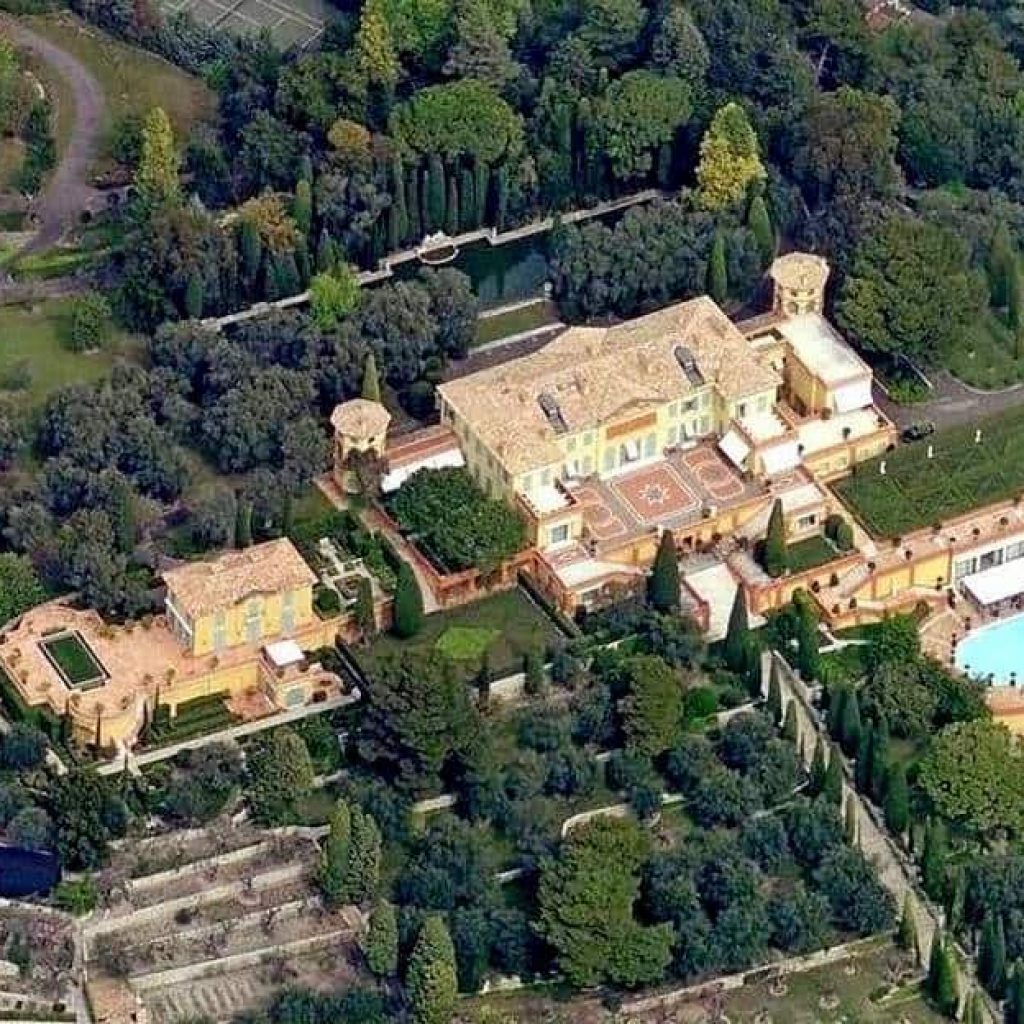 Constructed between 1929 and 1931 by the American architect Ogden Codman Jr. and belonging to the Brazilian billionaire Lily Safra until 2008 when she finally sold it to a Russian oligarch, Villa Leopolda is a history book in itself. Situated in the French Riviera, it first belonged to King Leopold II of Belgium who built it as a gift for his mistress Blanche Zélia Joséphine Delacroix.

The 80,000 sq ft property was even used as a military hospital during the arduous World War I. Nowadays, the huge villa is thought to be among the most expensive Europe homes, evaluated at around a little more than $500 million. The property boasts two guest houses with a total of 11 bedrooms and 14 bathrooms, immense gardens and probably the best beach front on the whole continent. 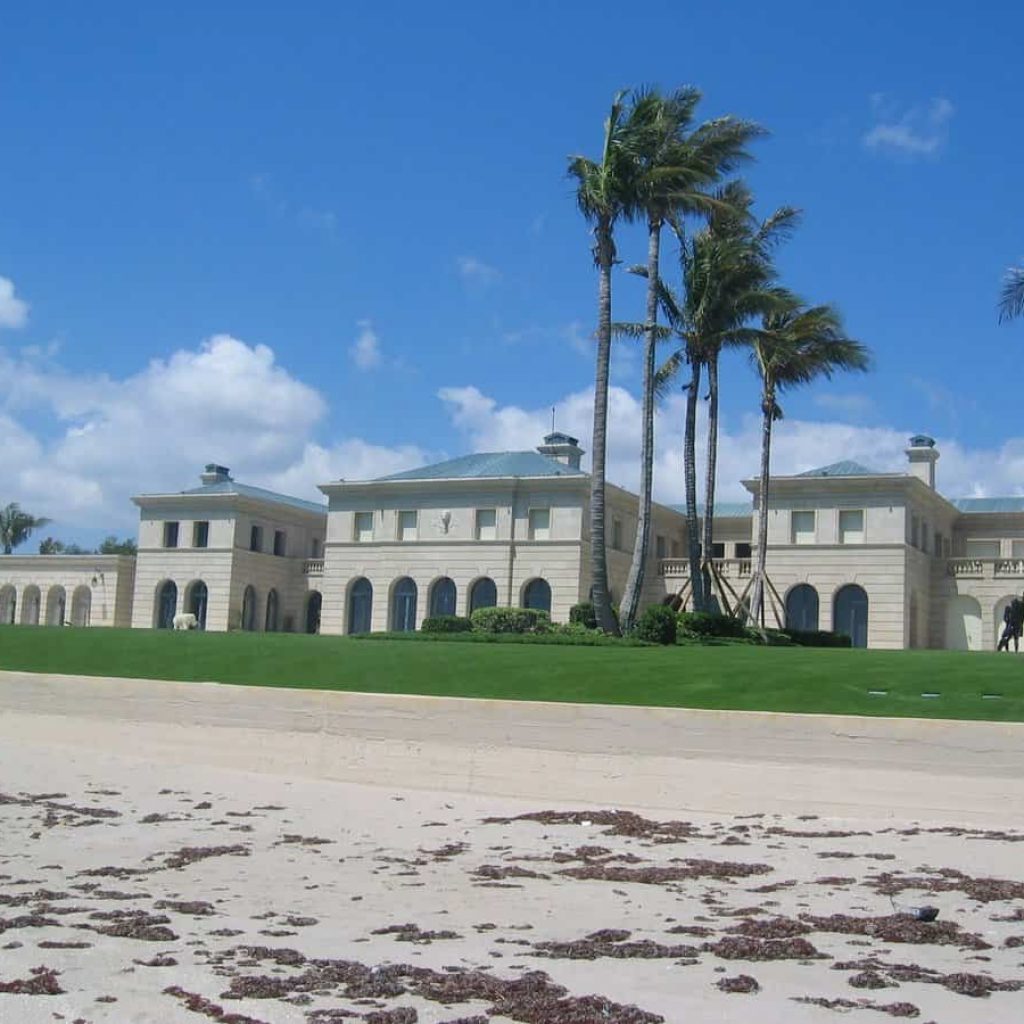 Purchased for a modest $4.5 million back in 1995, La Reverie is the largest celebrity residence in Palm Beach, Florida and number 7 around the globe. It looks a bit like a house rendering in this photo, but trust us, it’s pretty massive. Beyond comfortable living, its current owners also use it also to host charity events and concerts.

La Reverie was built by Sydell Miller, the owner of Matrix Essentials hair product company. The location couldn’t have been better, since Palm Beach attracts all the rich and famous. Which is a good thing when you want to sell huge mansions for grand sums. 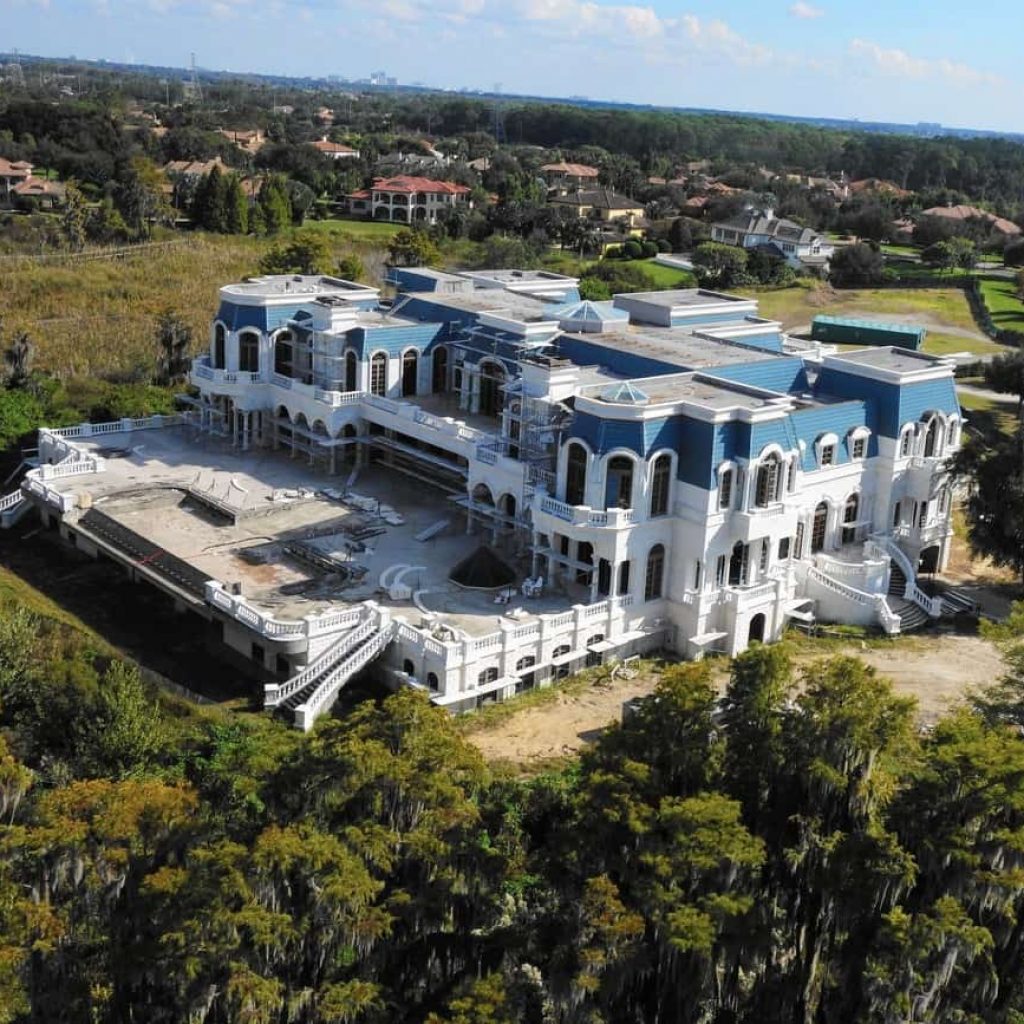 Situated in Orange County, Florida, the Versailles mega mansion belongs to Jaqueline and David Siegel, the CEO of Westgate Resorts. The huge estate was so long under construction that at some point, the couple went close to losing the immense house.

With a 8,000 sq ft master bedroom and over 30 bathrooms, 15 bedrooms, 11 kitchens and 6 swimming pools, the behemoth drew a lot of attention and was featured on several documentaries, the most famous one being The Queen of Versailles.

Witanhurst is the second largest residential estate in London after the Buckingham Palace. It was designed by architect George Hubbard and built between 1913 and 1920, incorporating part of the former Parkfield estate that stood on the massive property.

The 90,000 sq ft estate comprises of all the modern amenities one could wish for, such as a swimming pool with sauna room and gym, a movie theater, massage parlor and plenty of parking space. The owner? It seems to be the Russian billionaire Andrey Guryev, who bought it in 2008 for nearly $64 million. 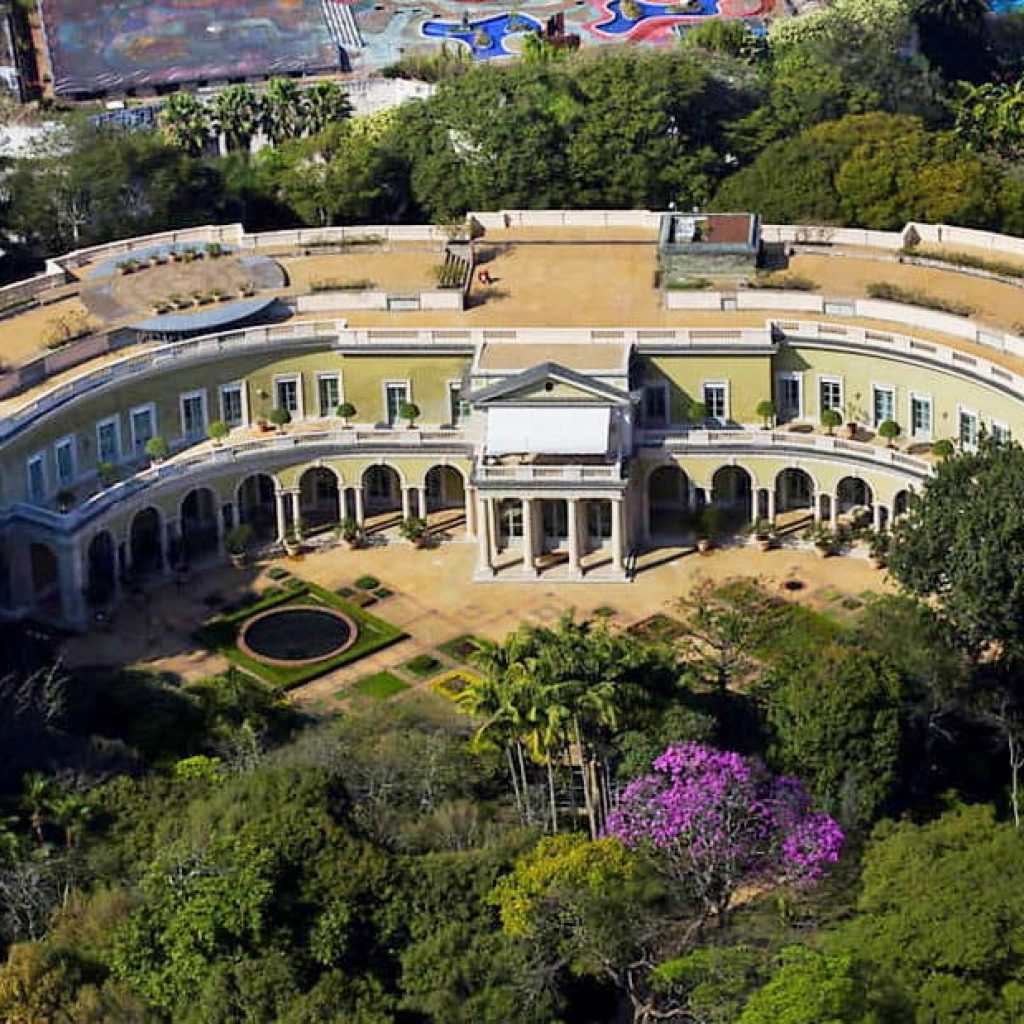 Located in Sao Paulo, Brazil, the Safra Mansion reminds a little bit of the Villa Leopolda in the French Riviera, who was owned by Lily Safra and her husband Edmond, a renowned banker who died in a suspect fire at his mansion in Monaco back in 1999.

The Safra Mansion is an enormous 117,000 sq ft estate boasting no less than 130 rooms, indoor and outdoor pools and it’s surrounded by a high wall. What’s inside is not known to many, because the Safra family members like to keep to themselves. They are known to have several super expensive properties around the world. 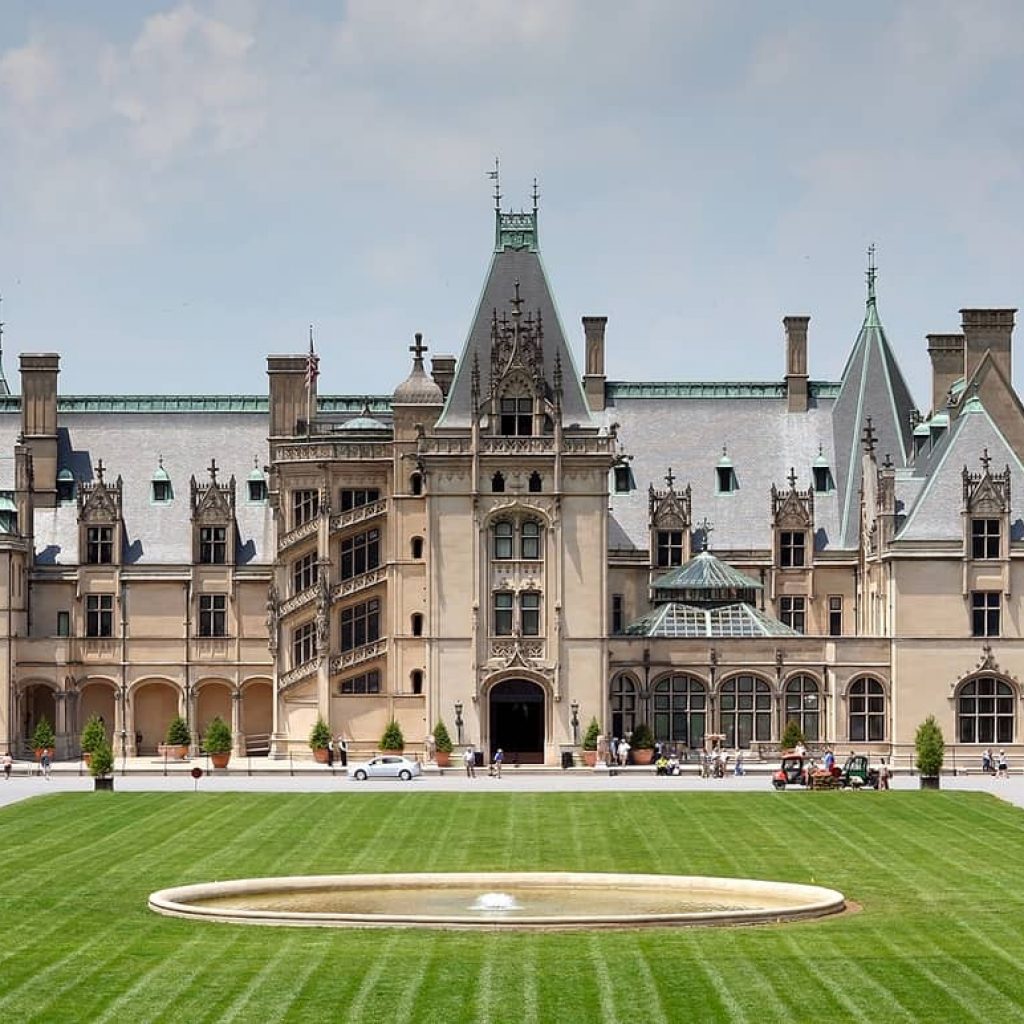 The Biltmore Estate in Asheville, North Carolina is considered the largest private residence in the United States, and it’s no wonder with its 178,926 sq ft of splendid surroundings. Finished back in 1895, its architecture completes the beauty of the mountainous landscape in the area.

Unlike most other private mansions of the world, the Biltmore Estate comes with a twist. In 1930, it was open to the public, offering accommodation in its Village Hotel or the property’s four star Inn, plus gourmet foods and their own wine.

Owned by the railroad and shipping magnate Cornelius Vanderbilt, Biltmore Estate’s main house has a chateau-like charm and no less than 250 rooms. Add to that 43 bathrooms, 65 fireplaces, a bowling alley, a 23,000 book library and a huge indoor swimming pool plus all the modern amenities you can dream of and you’ve got one of the best houses in the world. Or, to avoid being subjective, one of the largest. 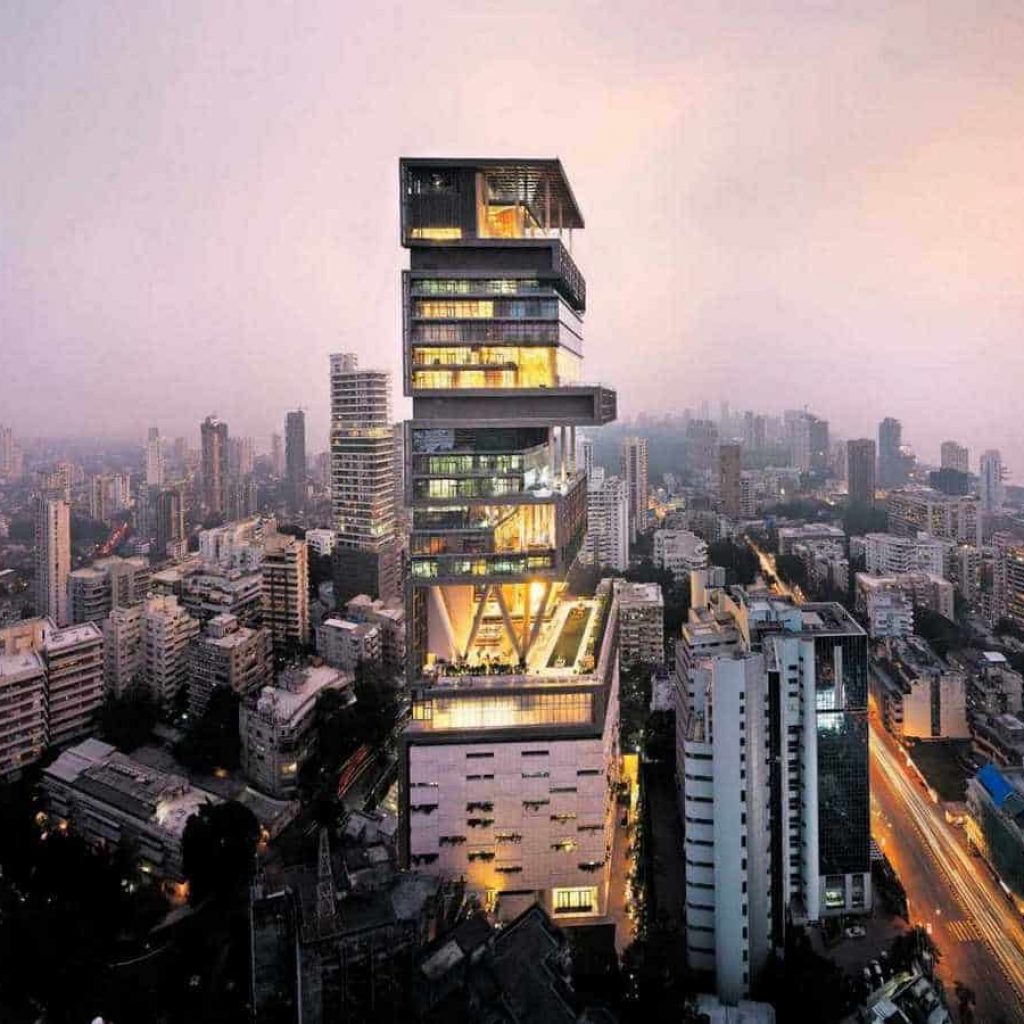 While most people build themselves large mansions, one particular capitalist in India decided to build himself a personal skyscraper. The Indian pharmaceutical magnate Mukesh Ambani is the owner of Antilla, a 27 story 550 foot tall building in the heart of Mumbai, India.

With a total surface of 400,000 sq ft, it’s the second largest private residence in the world right now and took over $1 billion to be constructed. But that probably wasn’t too much for the owner, who is India’s richest man after all, with a net worth exceeding $30 billion.

The building boasts a unique architecture, with each floor designed differently and using different materials. The entire building was constructed with Vastu shastra as the central philosophy in mind, which is a traditional Hindu art of building houses. Every floor has its own purpose, from car garages to spa’s, gym’s and indoor pools and even a helipad on top. 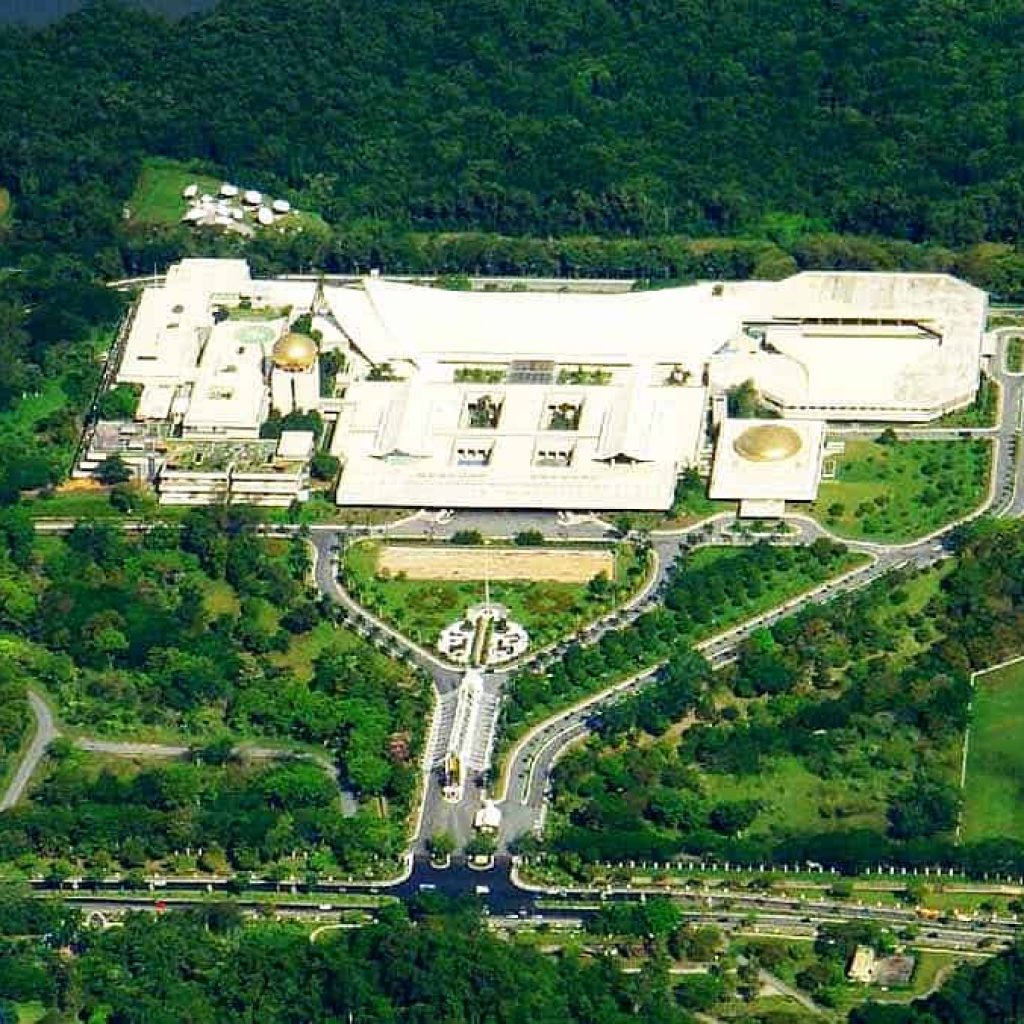 What could the largest house in the world be if not a huge luxurious palace? The official residence of the Sultan of Brunei, Hassanal Bolkiah, Istana Nurul Iman Palace is by far the world’s biggest home with its 2.15 million square feet of space.

Boasting no less than 1,788 rooms and 257 bathrooms, a 110 car garage, horse stables, banquet hall, swimming pools and even a mosque that can gather 1,500 people, the palace is sure to impress a lot of people.

Written By
Sky
More from Sky
The latest and greatest from Drake’s, Saint Laurent, Gucci and more. BY...
Read More

0 replies on “The Top 10 Biggest Houses in the World”